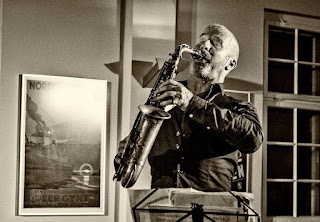 Hayden Chisholm is a New Zealand saxophonist and composer. After studying in Cologne with a DAAD scholarship, he continued his music studies in Japan and India.
In 1995 he developed a radical new microtonal system for saxophone which he revealed on his debut solo CD "Circe". Since then, his compositions have been recorded by BBC and WDR radios and he has toured and recorded extensively with the likes of Root70, WDR Big Band, Ensemble Musikfabrik, and David Sylvian.
He has created music for several Rebecca Horn installations as well as composing scores for her films. He has taught at Universities throughout the world and gives yearly master classes in Greece.  He was the artistic director of the annual Plushmusic festival in Cologne for 8 years. In 2008 he was an assistant director at the Salzburg Festival.
In 2013 he released his 13 CD Box Set 13 "Views of the Heart's Cargo"; and got the SWR Jazz Award. In 2015 he was an Improvisor in Residence in Moers. In 2016 he released his second 13 CD Box Set "Cups of Oblivion"; and his first short film "Sisyphus Runs".
www.haydenchisholm.net 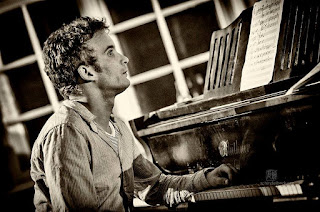 Philip Zoubek is an Austrian piano player and composer from Tulln. He studied jazz-piano in Vienna and Cologne with Reinhard Micko and Hans Lüdemann. He lives and works in Cologne since 2001.
Zoubek worked with Frank Gratkowski, Paul Lovens, Louis Sclavis, Tom Rainey, Paul Lytton, Rudi Mahall, and many others.
He played in Konzerthaus Wien, Philharmonie Luxemburg, Moersfestival, Ullrichsberger Kaleidophon, GetItLouder Festival Shanghai/Beijing, etc.
Prizes and awards: Horst and Gretl Will Scholarship of the City of Cologne 2008; first place at the Bielefeld composting competition for new media 2003 (Bunker Ulmenwall); 2nd prize winner with the group "Snaut" at the improvisation competition as part of the Düsseldorf Altstadtherbst 2003; Cultural Promotion Prize 2002 of the district of Herford with the project "Cauldron"; WDR Jazz Prize 2020.
He's published for labels like creative sources, leo records, schraum, second floor, emanem.
Few others explore so greatly the variety of sounds of the piano, making him the exceptional pianist both among the distinguished Austrian improvisers and within the Cologne scene. Starting from "traditional" preparation techniques á la Cage, Philip Zoubek has a wide arsenal of preparation material (aluminum pots, plastic utensils, glass jars, etc.), from the rich tone of a noise-like percussion up to electronic sounds.
www.philipzoubek.com 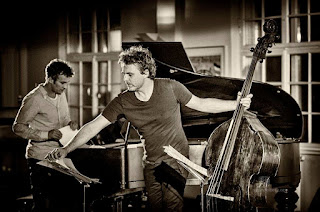 Sebastian Gramss (Cologne, Germany) is a German double bass virtuoso and composer of jazz and contemporary music. In 2013 and 2018 he received the ECHO Jazz award (national instrumentalist of the year - bass).
Extensive touring led him to venues and festivals all over the world, including Japan, India, Asia, Latin America, Mexico, Russia, USA, Africa, and Australia, as well as to important festivals and clubs all over Europe. Gramss initiated countless international collaborations and is dedicated to long-term networking between music cultures worldwide.
Gramss released more than 30 CDs under his name. He’s been an inspiring and innovative presence in the world of jazz with his band UNDERKARL since 1992, and more recently with his new trios SLOWFOX (with Hayden Chisholm & Philip Zoubek), FOSSILE 3 (with Rudi Mahall & Etienne Nillesen), the socially engaged collective "HARD BOILED WONDERLAND" and the tentett STATES OF PLAY.
For his CD "Thinking of ..." (WERGO) he received the „Preis der deutschen Schallplattenkritik“. His innovative bass activities include his solo works (Atopie), a long term international bass duo series (started with Stefano Scodanibbio in 2008, and continued with Barre Phillips, Tetsu Saitoh, Mark Dresser, Barry Guy and William Parker in over 50 concerts + recordings), and the international double bass orchestra Bassmasse with 13 (and up to 50) bass players (e.g. Moers Festival, Tokyo 2015 / Mexico 2017).
Gramss has composed for radio drama, movies and theater and – among others – for choreographer Pina Bausch, and with/for the Ensemble Modern in 2016 and 2018.
He teaches double bass and ensemble at the Cologne University of Music and University of Osnabrück, and gives master classes around the world. He is also the initiator of the international music residence SAMUR - South Asian Music Meeting of the Goethe Institute in India.
International cooperations: Marilyn Crispell, Fred Frith, Sidsel Endresen, Alexander von Schlippenbach, Tom Cora, Ensemble Modern, Nils Wogram, Elliot Sharp, Peter Kowald, Z. Parkins, Peter Brötzmann, J. Tilbury, Conny Bauer, etc.
www.sebastiangramss.de